The chef that can’t afford to eat 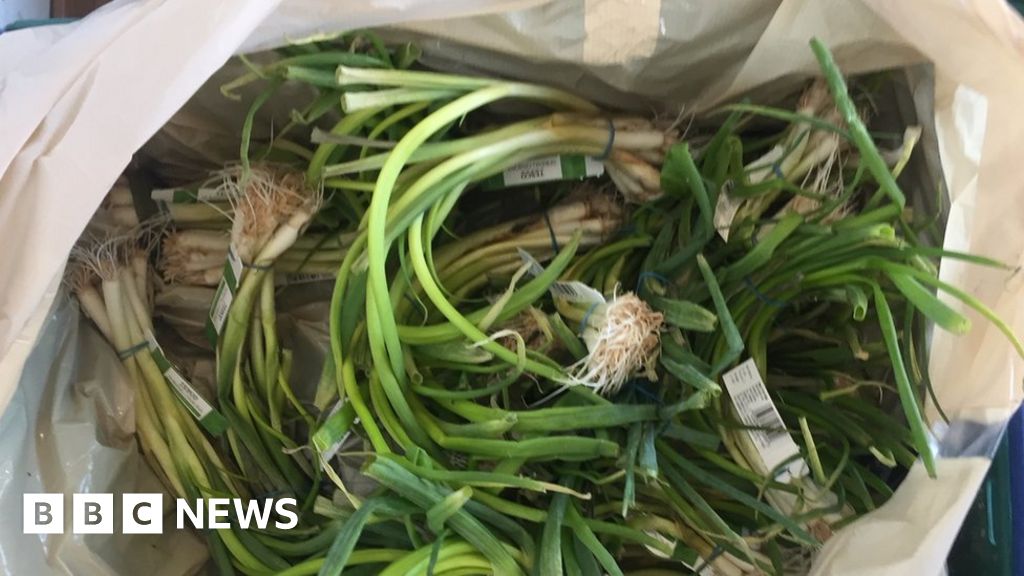 Around 10.2 million tonnes of food and drink are wasted annually in the UK. Chris Vallance looks at how, in Oxford, food surplus is used to help people in food poverty.

At the Community Emergency Food Bank in Oxford I meet a former chef who can’t afford to eat. Mental illness and a broken back put him out of work, benefit payments, he says, barely cover the bills.

“You often feel like a cave-man” he tells me, “going back to the days when you would wake up and your primary concern is what am I going to eat today.”

His problem is essentially a financial one, he mentions big rent arrears and changes to benefits, but he is also a firm believer that surplus food should go to those who need it. He tells me he was once fined £120 for taking waste food – tomatoes, mushrooms and half a packet of broken biscuits – from a supermarket bin. The UK should copy France and enact laws making it illegal for businesses to dispose of edible food, he says.

At present the UK govt says redistribution should be the first option for surplus food. Figures from WRAP, a waste and resources charity, suggest that redistribution has increased by 96% over 2015-2018

In Oxford a number of organisations are working with food businesses to ensure that surplus food gets to those who need it rather than ending up in the ground – providing meals for the homeless, supporting community café’s, larders and fridges. But they also warn that the fight against food waste is not a solution to food poverty.

At the Oxford Food Bank halved avocado’s aren’t toast. Quality checkers at wholesalers halve one fruit in each crate to check that the produce is fit for sale, Cathy Howard, the food bank’s manager tells me. Ordinarily the halves would go to waste but now the food bank picks up the pieces. The food bank also gets halved pineapples and halved melons.

In spite of its name, the Oxford Food Bank doesn’t give food directly to the hungry – it’s essentially an environmental organisation – collecting over a ton a day of fresh produce which it then redistributes to around 150 not-for-profit organisations.

It is a mountain of close-to-its-sell-by-date celery that dominates the small warehouse when the BBC visits.

Of late it has been hard to find enough organisations that can make use of the food they collects, “that’s directly because of austerity” Cathy Howard says.

On a trip around east Oxford in one of the OFB’s four vans, volunteers gave food to not-for-profit café’s, a homeless shelter, a mental health charity, a centre for ex-offenders, a community centre and a local primary school. There were stops at a local supermarket and a department store to see if there was food to collect. The van returned with 380kgs of one colour of quality street picked up from a department store.

A meal for local children

At the Rose Hill Community Centre a meal for local children is being prepared using food that would otherwise go to waste. The meals began when staff noticed four little girls who attended a youth club crying because they were so hungry. Today the spotless restaurant-style kitchen is prepping a menu of fruit, yoghurt, pasta in a homemade vegetable sauce, pizza, roast potatoes, sausages and chicken drumsticks, homemade jam tarts, chocolate cake and cream. Community worker Fran Gardner says it will feed 150 children and young people some of whom would otherwise go hungry – the community centre uses about 250kg of surplus food every week.

The community centre also distributes food – some of it supplied by an organisation called SOFEA. As well as fresh veg and other essentials there’s an eclectic collection of produce available from pasta sauces to packs of crispy seaweed.

Neil Holman of SOFEA explains that the food they supply has come direct from the wholesalers or the manufacturers, none of it has been on supermarket shelves. “Whichever supermarket you shop in you never see empty shelves and so essentially they over order on almost everything”.

In a statement the government wrote that it had “pledged to reduce food waste by 20% by 2025” Officials also pointed out the government had also launched a £15 million fund to help businesses tackle the issue. Over one hundred and thirty businesses have pledged to take action to drive down food waste in line with UN sustainable development goals.

The Oxford Food Bank the primary aim is to protect the environment, not ending poverty. Cathy Howard points out the supplies are highly variable: one week a van-load of samphire, another a mountain of Quality Street. Long term other solutions must be found “I really don’t see it a solution to food poverty, I think that’s a problem for society and government”, she says.

At the Community Emergency Food Bank the former chef isn’t looking to the long term, he has little hope of an immediate change in his circumstances, but surplus and donated food has been a lifeline “Without the assistance of places like this I wouldn’t be here” he says.